This week I did a PRINCE2 Foundation course. Nothing fancy, nothing new, just a load of common sense and things I have been doing right for a long time.

But it's good to see it all presented in a well thought through structure. It allowed me to recognize mistakes I made in recent projects. Also, this standardized method will save me the trouble of having to re-invent the wheel at every step. And it will help me to 'sell' my approach if I can confidently say it is conform such a widely accepted method.

Anyway, I think I will soon go for Practitioner as well.

This video about Microsoft Research gives an interesting look into the (Microsoft) future. Turn off audio (just a load of marketing blabla) and watch. 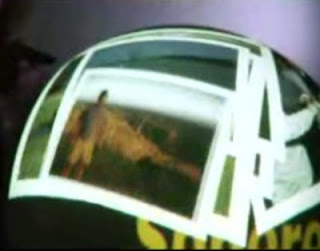 As the article explains, you get to see a short flash of Microsoft Surface on a globe
Gepost door René Steetskamp op 09:50 Geen opmerkingen:

This article triggered me. How long have I been using Linux?I remembered using Slackware. I remembered it came in a red box of CD's (followed by a blue one). It must have been around 1995/96. But googling with those parameters did not get me anything.

Than I remember my so-called 'nostalgia box' in our attic. A box with all sorts of clutter that I don't want to throw away for sentimental reasons. My first Linux distribution is one of the items. 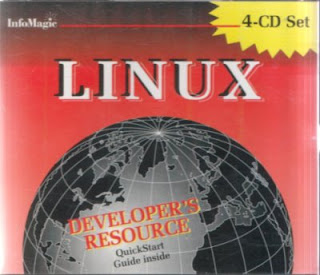 It turned out to be the August 1995 InfoMagic Linux Developer's Resource. A 4-CD Set containing Slackware 2.3 with kernel 1.2.8, and lots of sources and documentation (which were a revelation to me). So, I ended up in the top 16% of the oldest Linux users.

I also remember it being a pain to install, from tar-balls, requiring a fair amount of technical knowledge, which I did not have at that time. But it was my entry into Linux and Open Source, it was new, and it was exciting.
Gepost door René Steetskamp op 14:37 Geen opmerkingen:

The Easy to Learn, Easy to Work, Easy to Play, or EEE PC gets a lot of positive media intention attention.

Except that the price is higher than expected: the 4G-surf version costs almost €300. That may not seem much, except when compared to the promised $200. That would have earned them the extra E for Easy to Pay.
Gepost door René Steetskamp op 20:16 Geen opmerkingen:

FON is not new (the company was founded in 2006 by Spanish millionaire Martin Varsavsky) but today was the first time I heard of it. Unknown to me, a new community has been growing world-wide.

The idea is so brilliantly simple, that you wonder why nobody thought of it before. The catch, of course, is that most Internet Service Providers (ISPs) do not allow connection sharing. But with investors like Google and Skype, they seem to be on the right track. And with the bonus of making while helping to build a community, FON will have a strong attraction to many.
Gepost door René Steetskamp op 18:56 Geen opmerkingen:

Struts encourages separation of concerns using the MVC design pattern. It achieves this through actions. Struts gets competition from Spring MVC (added to Spring because of Struts' perceived shortcomings) and Java Server Faces (added by Sun to Java Enterprise Edition 5).

Examining this technology I came across the new Filters mechanism (not Struts-specific), which really appeals to me, because it mimics the UNIX pipes. It gives you a fine-grained, flexible way of re-combining existing functions, like logging, authenticating, and localization. This extension to the Servlet technology seems like a Good Thing to me.
Gepost door René Steetskamp op 16:48 Geen opmerkingen: